If you’re a young person reading this, particularly a teen or preteen, I have sad news for you. Your parents, your grandparents and every other adult in your life all owe you an apology. They flushed the country–your country–down the toilet for no reason other than pure idiocy.

If anything has been made crystal clear over the last two years, it’s that stupidity and cowardice run deep in the American family. The so-called „greatest generation” had life handed to them on a silver platter, but that wasn’t enough for them. They wanted more. So they took their thirty pieces of silver and sold out their children, the baby boomers, who did the same to Generation X, who in turn sold out the Millennials, who have now sold you out.

Sure, those other generations had a great time when they were your age. They got drunk, got high and had all the sex they wanted. They lived high off the hog and never had to endure the problems you now face. In fact, as far as you and your problems are concerned, they couldn’t care less.

Your teachers have sold you out. Your aunts, uncles and family doctor have sold you out. Their fear and stupidity has led them to throw your freedom, your health and your life under the bus. They surrendered the country and themselves and they surrendered you to the face of evil.
Don’t be shocked by any of this. It’s standard operating procedure in the adult world. It’s how adults have behaved all through history. 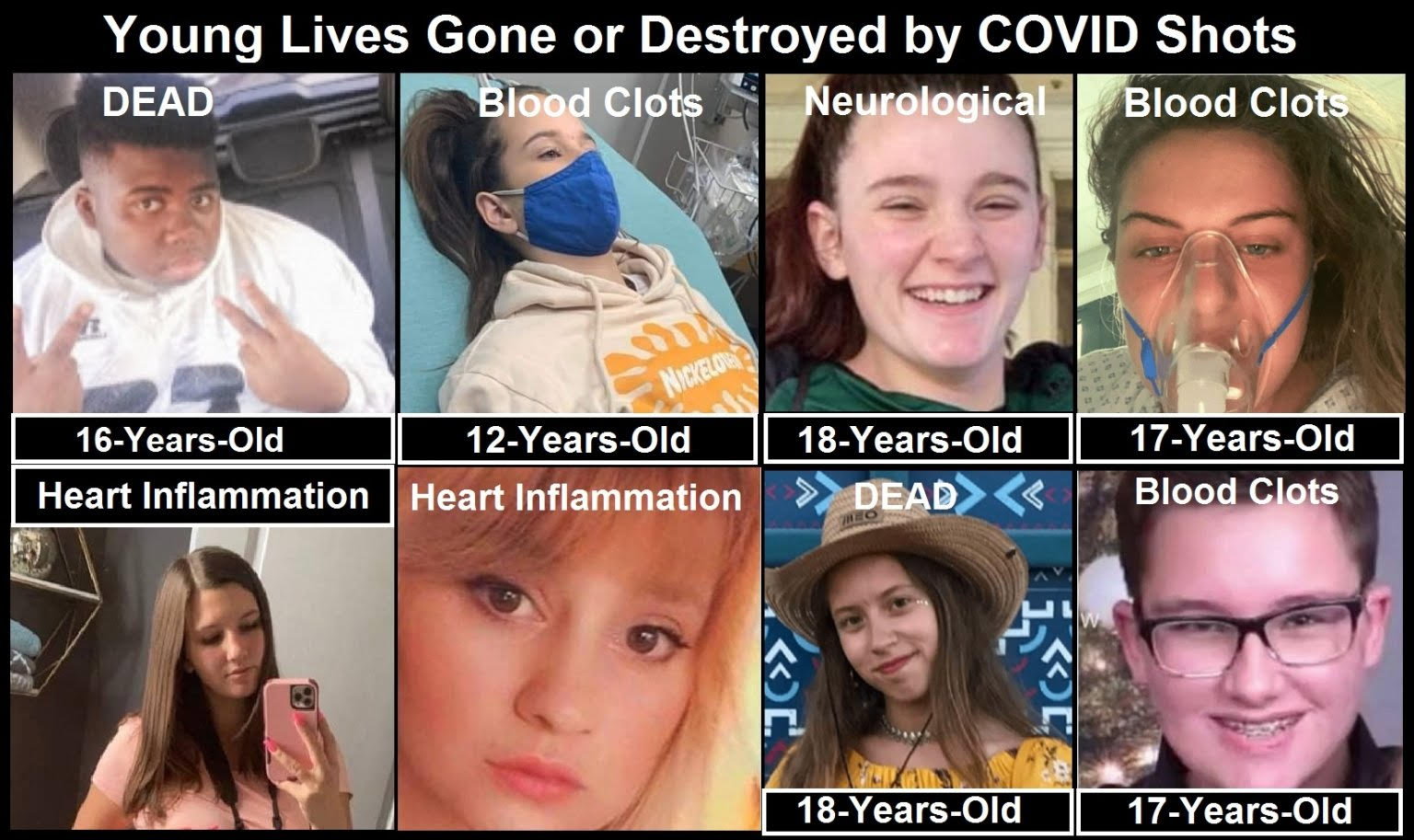 When I was growing up, my parents and the parents of everyone I knew had one overriding desire in life–to be seen as competent and successful by their peers. That was it; that was all they cared about–fitting in with the herd and not being socially ostracized. The most feared words in the English language to any of them were, „What will the neighbors think?”

The health, safety and wellbeing of their children meant nothing to any of them, only, „What will the neighbors think?”

Any kid who brought unfavorable comments or looks from the neighbors was beaten to a pulp.

This used to be called „keeping up with the Joneses.”

It consisted of imitating the behavior and beliefs of your peers, no matter how stupid, and of buying expensive cars and clothes you couldn’t afford. It was about doing whatever one could so as not to hear the dreaded words, „What will the neighbors think?”

Today is no different, only the words have changed. „Keeping up with the Joneses” is now known as „virtue signaling.”

The adults you see all around you are so concerned with what others think of them, so concerned with their status in the world and with virtue signaling to their neighbors that they refuse to step outside of the house without wearing a face diaper.

They are so fearful of being socially ostracized, they have willingly submitted to being injected with a dangerous and deadly „vaccine.” They have no idea what’s in the „vaccine” and they don’t care. Their only concern is being accepted by the herd and getting „likes” on social media.

In fact, they are so frightened of being seen as different that they will force you to take the same dangerous and deadly „vaccine.” After all, if you don’t take it, „What will the neighbors think?” 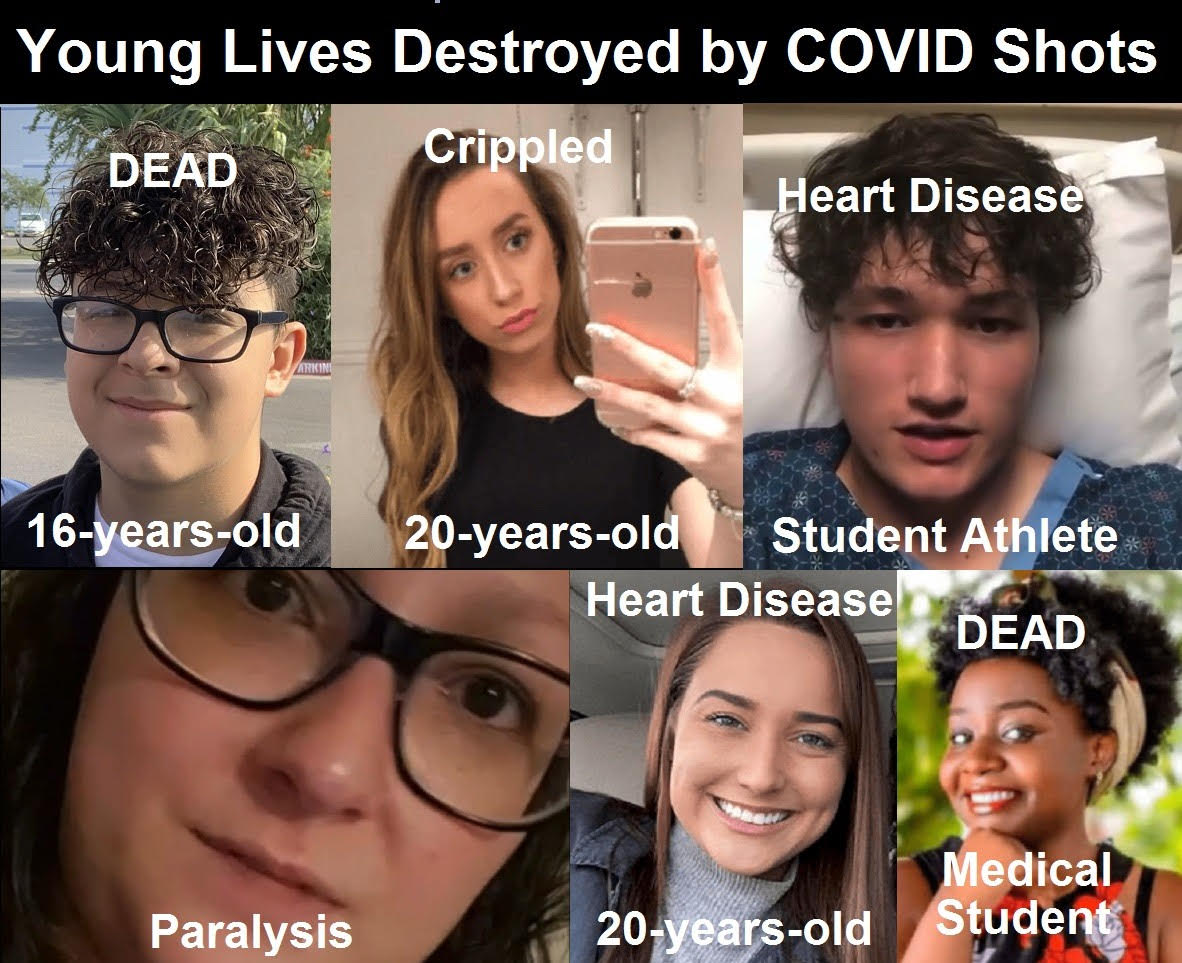 So what does your future hold, now that every adult in your life has turned traitor and sold you out?

Soon–and it’s only if you survive the jab that’s killing and crippling hundreds of thousands of people–you’ll be living in a state-owned and operated one room pod and eating bug paste for breakfast. You’ll own nothing and you’ll be happy. You’ll have your parents to thank for it.

Soon–and it’s only if you survive the jab that’s killing and crippling hundreds of thousands of people–you’ll be tasked with serving the ruling elite. You’ll be a virtual slave to them in whatever capacity they demand.

Comply with your servitude and you might–just might–be given another slave as a mate. Refuse to participate and your punishment will be quick and deadly. You can thank your parents for it.

Soon–and it’s only if you survive the jab that’s killing and crippling hundreds of thousands of people–you’ll be subject to intense brainwashing and reeducation tactics in an attempt to destroy whatever spirituality you have left.

Resist and you have a chance of saving your eternal soul. Give in and you’ll be condemned to the fires of hell for all eternity. You can thank your parents for it.