Frankly I find this article preposterous but I will post and let you make upyour own mind. The distances are far too great.

I write this to the people of the United States and the world today.

In a small town in Yorkville, Georgia one of the biggest Subterrain Tunnel Projects is currently complete and being added onto. This is a Terminus of many Tunnels leading to Lockheed Martin, Dobbins ARB, Macon Georgia, Anniston Alabama, Raleigh-Durham North Carolina, Lookout Mountain Tennessee, Bremen Georgia, Douglasville Georgia, Greenville- Spartanburg South Carolina, Atlanta Georgia, Thomas Georgia so much more. 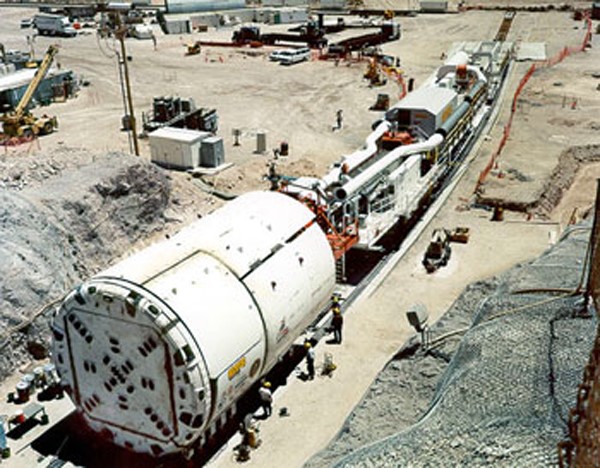 These Tunnels are so mass and wide and deep underground for Rail Lines for the Elite and Military Personal Domestic and Foreign it will blow your mind. All of this going on in our backyard and running underground wherever the Elite desire. These Tunnels connect to Walmart as to allow Walmart to supply the Elite in Transporting goods.  Walmart will also become FEMA Camps when the time comes. Click on the link provided and it will open up a vast amount of information on the subject I am writing on. Walmart And The Elite’s Massive Underground Facilities – Coercion Code

As a Security Contractor, I spend much of my time around Lockheed Martin and Dobbins ARB. In a Building know as B-1 in Lockheed Martin it stands the largest manufacturing facility in the State of Georgia. This building facilitates Top Secret Drone, Weapons and Unknown Projects in the name of Defense. Underneath B-1 is Five Tunnels just for normal workers with a Security Clearance. Nearly 150 Offices of Top-Secret Projects are underneath B-1 at Lockheed Martin requiring various clearances.

Underneath the Five Tunnels of B-1 are The Elite’s Tunnel System that goes anywhere Nationwide. Yes, Nationwide and off limits to someone like me. I have personally seen the entrance area for this Tunnel Network and the Steps going down to it. Elevators and Steps are inside this Corridor.

There are Secret Weapons being experimented with daily along with Mind Control programs that are well known in Huntsville, Alabama and Anniston. All the missing people are not just missing, they are being kidnapped and used. They are drugged and taken to Mind Control Labs for Study and Government Use.

Unfortunately, the majority of Defense and Government workers have no idea what is really going on. They are oblivious to the Truth. The Tunnel Networks spread nationwide and connect to many different facilities. The people who know what is going on are put through a very extreme Testing period in which is like Mind Control. If they pass, they have the job. If they talk, they could be imprisoned for mental illness or killed. 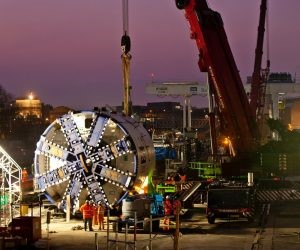 Many wonder and have asked how this has gone undetected without people seeing it. The machines to dig these tunnels are driven underground from government property and sealed off from the public eye. Once these machines also known as Tunnel Boring Machines or TBM’s most commonly. These machines can be taken apart and flown into areas, or driven in on tractor trailers and trains separated and put together on site within a day.

Above this article is a Map of the Projected and most commonly known Tunnel Paths for the Elite and New World Order Right now in the Summer of 2021 for the 1%.

The Companies that make this network receive billions in Black Operation Money. As you can imagine the common person has scene this same picture above and thought nothing of it. I years ago, wouldn’t have until I started my research, became a realist and work now with a Security Clearance for the Department of Defense and desire to share all of this and more with you in future post.